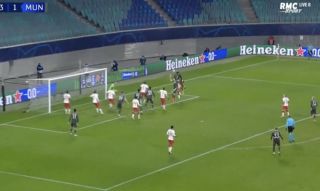 Manchester United opinion splitter has gifted his side an invaluable lifeline to still qualify for the Champions League knockout phase.

The French World Cup winner rose like a salmon to head home a crucial second goal to make tonight’s score 3-2.

With just under 10-minutes on the clock, Pogba’s headed heroics will see his side fight to the bitter end in order to do what was unthinkable earlier in the evening.

Elsewhere in Group H, PSG and Istanbul are still awaiting to learn their fate after a racism issues halted proceedings earlier this evening.