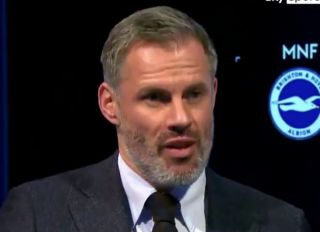 Jamie Carragher did a good job summing up Paul Pogba on Monday Night Football — a player who is just not worth the hassle.

The former Liverpool defender takes a pop at Pogba and his agent, Mino Raiola, who has been poisonously outspoken about his client and Manchester United.

I won’t lie and say I’d be rushing to sign Erling Haaland as a result — because working with such an agent is always going to be problematic. Raiola represents a long list of starts and United have worked with a number of his clients in recent years such as Zlatan Ibrahimovic and Henrikh Mkhitaryan.

Pogba is a strange one. He won the lot in Italy in a great Juventus side and the World Cup with France in 2018. But at United he has never seemed at home.

No-one is saying he’s not got tons of ability, but after four years of watching him in a United shirt it’s time to move him on.

Raiola pretty much confirmed that Pogba is looking for a new club in a recent interview. Respected Italian journalist Fabrizio Romano quoted the agent on Twitter:

“Pogba is not worth the hassle,” Carragher said on Sky Sports Premier League last night.

He added that Pogba is the “most overrated player I’ve ever seen!”

👀 | "Most overrated player I've ever seen!"
👋 | "Pogba is not worth the hassle."@Carra23 discusses Mino Raiola's comments about Paul Pogba's time at #MUFC being 'over' ahead of their crucial #UCL clash with RB Leipzig…🍿 pic.twitter.com/IYudbR5w8F

Would I start Pogba tonight against Leipzig? Not unless he is going to address his agent’s comments. The timing was terrible and it undermines the manager and his team-mates ahead of a crucial match in Europe.

It’s a step too far and one way below the belt.

And I can’t see a way back for Pogba now.

One response to “Video: Jamie Carragher accurately criticises Pogba on MNF… ‘Not worth the hassle’”