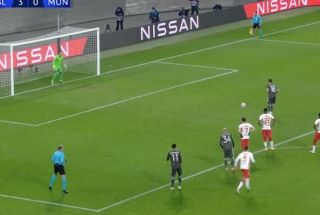 You never know, especially in this competition…

Manchester United have a huge uphill climb if they’re to qualify for the knockout stages of the Champions League.

With less than 10 minutes left on the clock, RB Leipzig are winning the tie 3-1 after Bruno Fernandes pulled one goal back through a penalty.

United have had a lot of set-plays wasted in the game and it’s come back to hurt us.

Mason Greenwood won the penalty after going down inside the box

United have just grabbed a second! Could be a huge end to the game…