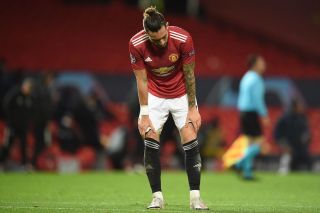 Manchester United travel to Germany to take on RB Leipzig in a winner-takes-all Champions League clash live on BT Sport.

It will be most neutrals’ Champions League pick of the week, with Group H’s top two places up for grabs in a race between United, Leipzig and Ligue 1 champions Paris Saint-Germain.

The Parisians take on Istanbul Basaksehir knowing a win is enough to see them qualify for the knockout stages.

United, who only need a point to secure safe passage, will need to be at their best on a frosty night in Germany to avoid a nervous occasion does not end in heartbreak.

The stakes are high and we’re looking forward to kick off at 8pm.

BT Sport 2 will televise the match with coverage beginning at 7pm. You can also follow Stretty News on Twitter (@StrettyNews) for in-game updates, plus on the blog we’ll have highlights of all the big moments.

You can watch the match with a BT Sport monthly pass without signing up to a contract. Note that regular subscribers can also stream RB Leipzig vs Manchester United via the BT Sport website or BT Sport app.

Dayout Upamecano misses the game due to suspension.

Anthony Martial and Edinson Cavani have been ruled out with minor niggles, while Luke Shaw and David de Gea are back in the squad.