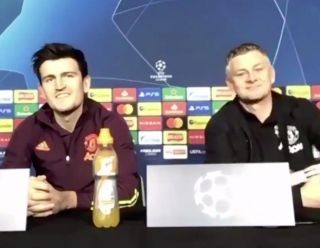 Manchester United’s double injury blow in attack means Mason Greenwood could be crucial to chances of progression from the Champions League group stages.

Ole Gunnar Solskjaer’s Reds take on RB Leipzig away from home but will be without first-choice strikers Anthony Martial and Edinson Cavani who were both forced off in Sunday’s comeback victory over West Ham.

United need a draw to ensure qualification from group H and the task has been made tougher through the omission of two of their biggest goal threats.

But Greenwood is arguably the best finisher at the club and could prove the difference should an opportunity arise on Tuesday night.

With Solskjaer’s offensive options limited, the teenager is likely to partner Marcus Rashford up front against the Bundesliga side.

Greenwood’s stunning turn and finish completed the turnaround at the London Stadium and a similar moment of individual brilliance might be all that is needed for United to progress to the knockout rounds.

Solskjaer has been talking up Greenwood’s talents pre-match, describing the youngsters as one of the best finishers he has worked with.

Listen to Solskjaer on Greenwood below. Footage courtesy of UEFA:

OGS on Mason Greenwood: "He's one of the best finishers I have worked with." 🗣 "He's still young, still learning and he will only improve." #MUFC #UCL pic.twitter.com/3vnQHCZaWu