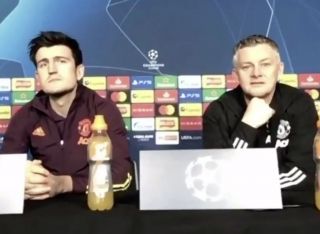 It will be a night of final outcomes in Group H for both sides who are unsure of their future in Europe’s most prestigious competition. PSG are in the mix for one of the top two spots with neither United or Leipzig willing to give up the other.

Unfortunately for United, who need at least a draw on the night to qualify for the knockout stages, Solskjaer will be without two goalscorers. One of the two would have definitely led the line against Leipzig otherwise.

Solskjaer will have to call on his other scorers to stand up — and maybe one or two others who we could do with surprisingly appearing on the scoresheet.

Fred is also missing for the game against Leipzig due to suspension.

Solskjaer revealed that David de Gea and Luke Shaw will travel with the squad to Leipzig.

At least there’s some positive news.

This could be a night where Solskjaer’s five substitutions could be key, so it’s a huge blow to be without both Martial and Cavani for such a crucial game.