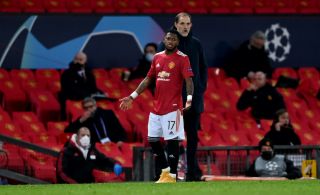 Fred did not travel with the Manchester United squad for their Premier League win over West Ham.

The Brazilian started in the previous six league fixtures and Ole Gunnar Solskjaer made a decision to rest him yesterday. Fred has more time to rest up this week because he is suspended for United’s final Champions League group stage tie at RB Leipzig on Tuesday.

That gives Fred a 10-day breather without any matches before the Reds take on Man City next Sunday.

“Fred’s not injured,” Solskjaer said, as per Manchester Evening News. “He’s getting ready for the rest of the season because we’ve got a long season. It was a tactical decision to go with more physically strong, or height. Height is more right than physically right.

“Paul [Pogba] and Scott [McTominay] and Nemanja [Matic] were my three midfielders I brought down for this one.”

You can see why Solskjaer would opt for more physically strong midfielders away to West Ham as we’ve struggled at the London Stadium in recent years.

Although United came away with three points and won the game 3-1, it was far from convincing because West Ham could’ve been further ahead at the break.

It remains to be seen how Solskjaer will line-up against Leipzig on Tuesday night without Fred. It’s a crucial match as United need at least one point to reach the Champions League knockout stages.

A win on Tuesday night will be enough to see the Red Devils top Group H.