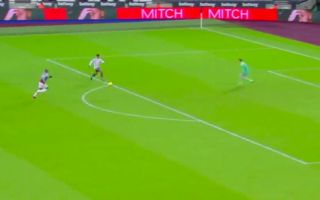 Manchester United were about as bad as they have been under Ole Gunnar Solskjaer in the first-half against West Ham United.

But three moments of imperious quality have changed a game that it seemed improbable the Reds would find a way back into.

Paul Pogba drew United level with a stunning curled effort and Mason Greenwood completed the turnaround with an emphatic turn and finish.

Rashford, who has been electric since his arrival, has all but secured three unlikely points with a deft dinked finish over Łukasz Fabiański.

Fernandes found Juan Mata near the halfway line and the Spaniard, a second-half substitute for Anthony Martial, delivered a majestic through ball to the England international who made no mistake in front of goal.