Ever since he broke onto the scene, Ronaldo was bound to leave a legacy behind him. It all started at Sporting Lisbon but the Portuguese superstar became a sensation during his time at Manchester United.

The amount he has scored for each club he’s played for: 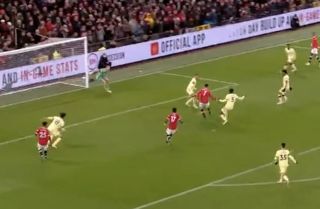 Ronaldo marked the milestone with an Instagram post, and set a new objective of 800 career goals. He captioned the post saying: “𝟕𝟓𝟎 goals, 𝟕𝟓𝟎 happy moments, 𝟕𝟓𝟎 smiles in the faces of our supporters. Thank you to all the players and coaches that helped me reach this amazing number, thank you to all my loyal opponents that made me work harder and harder everyday. But above all, thanks to my wonderful family, always present in my best and worst moments. Next stop: 𝟖𝟎𝟎 goals! Let’s go! Fino Alla Fine!”

We are intrigued to see how many goals he can score for Ronaldo.