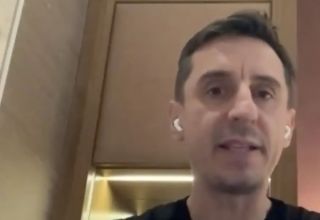 Former Manchester United defender Gary Neville has admitted that he has some concerns over current back-up goalkeeper Dean Henderson.

Henderson, 23, joined United’s youth academy and after a string of successful loan-spells including two-years with Sheffield United, the English shot-stopper has gone on to force his way into the Reds’ first-team plans.

Having recently committed his long-term future to the club, Henderson looks all but set to take the reins over from number-one David De Gea.

However, United legend Neville is still refusing to get ‘carried away’ with Henderson’s potential and has admitted that it’s a very tough ask to become United’s long-term number-one.

🗣: @GNev2: – I reserve my judgement whether he (Dean Henderson) can become somebody who could go in Manchester United’s goal for the next ten years. (@JanAageFjortoft) pic.twitter.com/7KSGzLuJmY