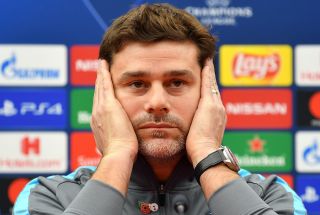 Manchester United, among others, could be set to miss out on former Tottenham Hotspur manager Mauricio Pochettino after reporter Julian Laurens claimed Paris-Saint Germain are keen for the Argentinian to replace Thomas Tuchel.

Pochettino. 48, has been out of work since his dismissal from Tottenham Hotspur 12-months ago. However, after seemingly biding his time, waiting for the right position to present itself, the South American could finally be set for a return to the dugout.

Since his departure from Tottenham Hotspur, there have been relentless links suggesting the world-class tactician could be next in line to take over from current United manager, Ole Gunnar Solskjaer.

Speculation was intensified earlier this year after the Mirror ran a report claiming executive vice-chairman Ed Woodward was prepared to sack Solskjaer.

However, the latest in the ongoing saga comes from Laurens who spoke to TalkSPORT and claimed that Paris-Saint Germain are considering Pochettino as their next manager.

“The pressure on Thomas Tuchel is big,” Laurens told Hawksbee and Jacobs.

“He’s out of contract in June and he knows that he’s not going to get an extension, or that it’s very, very unlikely now.

“At the start of the season when PSG lost two in a row in the league, had they not won the third one I think he could have been gone by then.

“Now it’s a little bit different. They might not qualify tonight but they also might not be out just yet, depending on the result, it could all go down to the last game and they might keep him until that.

“They could even keep him until the end of the season, it doesn’t make any sense to pay someone off with only a few months left on their contract.

“Or, they could get rid of him now and get someone in who would then have six months to prepare for next season, whether that’s someone like Pochettino…

“The pressure has been building this season and it will peak if they don’t qualify for the knockout stages of the Champions League, that would really be unacceptable for a club like PSG.

“Pochettino has been very clever in the way that he’s waiting. He could have gone back to management very early on but he waited. He really wanted to get the right project and the right club.

“Real Madrid would be interesting for him, we know how close he is to Florentino Perez.

“But he has really good ties with PSG, he was their player, their captain, and he loves Paris as a city and a football club.

“That could be very interesting , I think it’s a very attractive club for any manager.

“I think Manchester United is still in the back of his mind, because maybe Ole Gunnar Solksajer has lasted longer than all of us expected, but certainly he [Pochettino] would be high on their list.”

Pressure is once again beginning to mount on Solskjaer whose Champions League campaign now hangs precariously in the balance after a crushing 3-1 defeat against Paris-Saint Germain on Wednesday.

United will now need to get at least a draw against RB Leipzig next Tuesday if they’re to stand any chance of progressing into the illustrious competition’s knockout rounds.