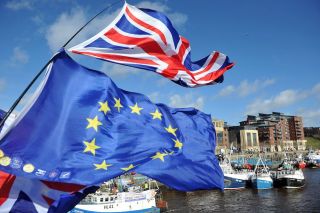 Manchester United’s hierarchy are reportedly considering striking up a European partnership in order to get round the impending recruitment restrictions Brexit will bring.

According to a recent report from The Athletic, United, alongside many other top-flight clubs, are considering forming a partnership with another European club.

Recent changes to the Britain’s standing within the European Union, which is set to end in ultimate withdrawal, will have consequences for how our football clubs are allowed to recruit.

Stricter measures are set to come into force which limited the possibility of clubs in England being able to sign youth players from overseas.

However, in an attempt to work around, yet still within, these new restrictions, United, alongside other clubs, could be set to form a European club-partnership.

The Athletic claim that United’s arch-rivals Man City already have an agreement in place with Spanish side Girona which will allow them to send their youth prospects out on loan before registering them into their own squad.

United have enjoyed a thoroughly successful summer of youth recruitment after bringing in a host of Europe’s top-talent, however, the Reds will now be forced to focus their efforts on developing home-grown talent.