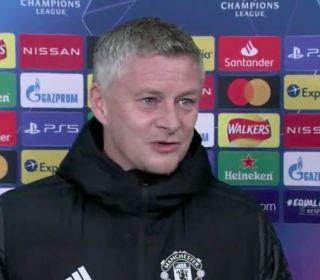 United can secure progression to the European knockout stages if they avoid defeat against Thomas Tuchel’s French champions.

Solskjaer has made three changes to the side that completed a dramatic comeback win against Southampton on Sunday.

Solskjaer confirmed Martial was supposed to start against Southampton and has recovered from illness, while McTominay adds ‘fresh legs’ in midfield.

Sunday’s match-winner Cavani leads the line and will be desperate to prove a point against his former side.

Listen to Solskjaer’s post match thoughts below, via MUTV: