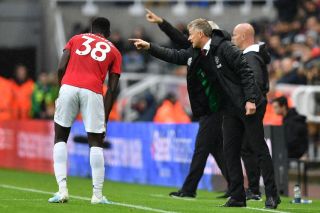 One of those is Luke Shaw, which won’t come as a surprise to anyone, as he’s been out nursing a hamstring injury since United’s 3-1 win at Goodison Park in the Premier League — prior to the November international break.

And United also confirmed Axel Tuanzebe has been ruled out through suspension. The young English centre-back received a one-match ban in the competition playing against Istanbul Basaksehir last week.

These updates were provided in Tuesday’s briefing, as per ManUtd.com.

However, Ole Gunnar Solskjaer will provide another squad assessment when he addresses the media later this afternoon. It is understood that David de Gea, Alex Telles, Paul Pogba, Scott McTominay and Anthony Martial are all in a race against time to make the squad.

A win would secure United’s place in the knockout stages and possibility inflict a huge blow to PSG’s season, if it lessened their chances of progressing in the Champions League.

I’m not sure Thomas Tuchel will last in Paris if they had to settle for the Europa League.