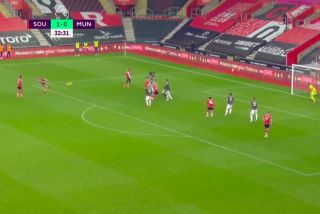 Manchester United have made a disastrous start to their Premier League clash against Southampton at St Mary’s.

The Reds fell behind early on after failing to deal adequately with a corner as Jan Bednarek headed home.

And just moments before being denied an equaliser by Alex Mccarthy’s superb double save, the Saints have doubled their lead.

There was a sense of inevitability around the second as Moussa Djenepo was taken down on the edge of the box by Fred.

James Ward-Prowse, possibly the best free-kick taker in the Premier League right now, curled his effort in brilliantly despite the best efforts of David de Gea.

United now have a mountain to climb if they are to get anything from their trip to the South coast.

See the goal below, via RMC SPORT: 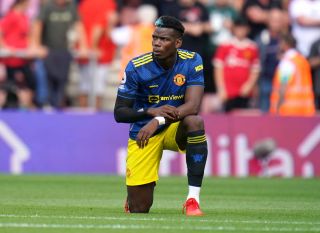