Ole Gunnar Solskjaer deserves credit for his match-winning substitution in the dramatic comeback victory against Southampton at St Mary’s.

Mason Greenwood, starting ahead of the omitted Anthony Martial, was not firing in the first-half and Solskjaer was decisive in bringing on Edinson Cavani at the break.

‘El Matador’ incensed some supporters for not being ready when the second-half kicked off, but that can all be forgotten after a monumental impact that proved exactly why United didn’t pass up on the chance to sign him this summer.

In just 50 minutes, Cavani provided a vital assist and scored goals to inspire a comeback that appeared improbable at half-time.

His pin-point cross for Bruno Fernandes allowed the turnaround to be possible and two instinctive headers showed the traits in a goalscoring centre-forward that United have been missing.

Cavani’s movement in the box to escape Jannik Vestergaard and nod in Marcus Rashford’s cross for the last-minute winner was outstanding.

What an impact and what a substitution. 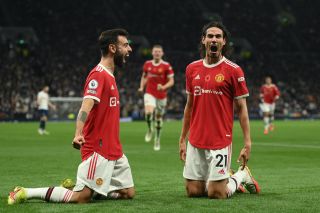 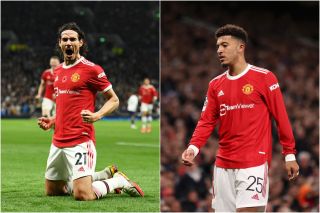