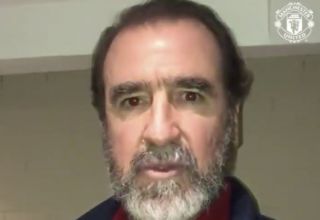 Manchester United legend and former striker Eric Cantona has sent fans a message 28-years, to the day, after he first signed for the Reds from arch-rivals Leeds United.

Cantona, now 54, joined the Reds on November 26, 1992 and went on to write his name in United folklore after he was directly involved in 142 goals in 180 matches across all competitions.

On the 28th anniversary of the day he arrived at Old Trafford, the notoriously self-assured Frenchman has posted a video message.