Manchester United midfielder Bruno Fernandes has been hailed by Portuguese press in light of his recent superb performance against Istanbul Basaksehir.

Fernandes, 26, joined United in January from Sporting Lisbon in a transfer which cost the Reds’ hierarchy £49.5m, as per Transfermarkt.

Since his Old Trafford arrival less than 12-months ago, the Portuguese maestro has had an unrivalled impact on his new side after boasting a hugely impressive goal involvement tally.

Fernandes has featured in 35 matches in all competitions for United and has been directly involved in 34 goals after scoring 21 and assisting a further 13.

Fernandes bagged a brace despite passing up the chance to score a penalty after he gifted the spot-kick to team-mate Marcus Rashford instead.

In light of Fernandes’ stunning mid-week display, the press from the 26-year-old’s native Portugal have not held back in their praise for the midfielder after they dubbed him the ‘boss’. 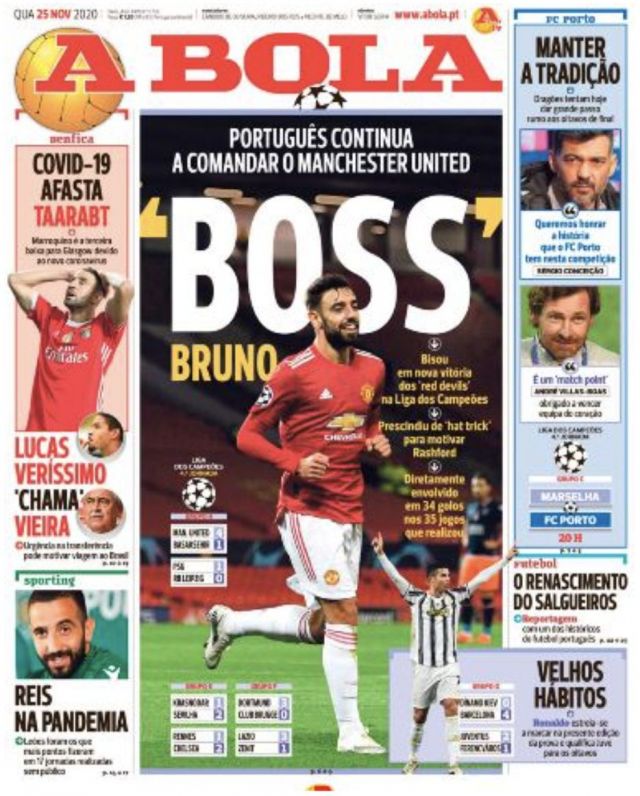