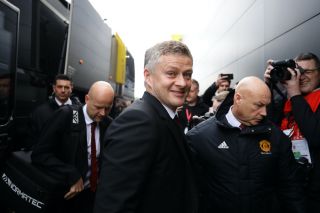 After writing The Red Apprentice, a biography on Ole Gunnar Solskjaer, Jamie Jackson appears as a special guest on the Strettycast to offer some insight about how the Norwegian operates as Manchester United manager.

Moreover, this intriguing conversation will give you a taste of Solskjaer and what his version of the hairdryer treatment is really like. Some people think Solskjaer is too soft in his approach — a pushover almost — but in this episode of the Strettycast we learn that is not the case behind the scenes.

Jackson’s new book goes into great detail about Solskjaer’s upbringing, bursting onto the scene in Norway and how his move to Manchester United came about. It can be picked up now via Amazon.

P.S The Guardian journalist claims Manchester United have no intentions of sacking Solskjaer and, on top of that, Jackson doesn’t believe the club has been in contact with Mauricio Pochettino.

Listen to the latest episode of your favourite Manchester United podcast below: