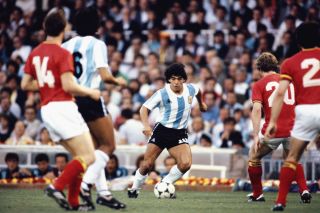 Marcus Rashford has paid his respects to the all-time great footballer Diego Maradona who passed away at the age of 60.

It is a very sad day for the world of football as the beloved Diego Maradona passed away in Argentina.

Social media has been flooded with tributes to the greatest footballer of his generation, who suffered a cardiac arrest at his home in Tigre, Argentina.

Rsshford is among those who have paid their respects to the late Maradona via Twitter.

Maradona had been recuperating from the removal of a blood clot on the brain.

Having played for Juniors in his homeland — scoring 115 goals in 167 appearances — he joined Boca Juniors in 1981. A year later and his record-breaking move to Barcelona would come.

Despite a bright start in Barcelona, Maradona struggled to settle in Spain for a combination of reasons. He would leave for Napoli in 1984 which would later prove to be a masterstroke of a transfer.

In Naples he was like a native and made an ordinary side Serie A champions in 1987 which is what followed his display at the Mexico World Cup.

Perhaps the greatest in history? Maradona represented the freedom of football.

Our thoughts are with his family and friends. 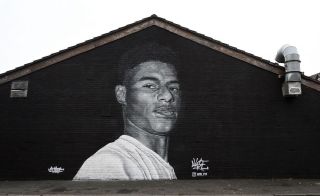