We don’t call him the Portuguese Magnifico for nothing, you know!

Fernandes, 26, joined United in January from Sporting Lisbon and despite being with the Reds for less than 12-months, the midfielder already has a stunning 32 direct goal involvements to his name, in just 34 appearances in all competitions.

United’s hierarchy bagged Fernandes’ services for £49.5m (as per Transfermarkt) which continues to be proven as one of the smartest pieces of business the club have done in years.

The latest statistic to be confirmed sees United’s Portuguese midfielder as the best in the Premier League for chance creation.

Fernandes has a whopping 26 chances created to his name, three more than next on the list, De Bruyne.

What is most impressive though is that Fernandes and his United side have played a whole match less than 16 other teams in England’s top-flight.

United’s Fernandes is currently averaging well over three chances created per match; a truly remarkable rate of creation which Old Trafford have seldom seen since the days of Sir Alex Ferguson. 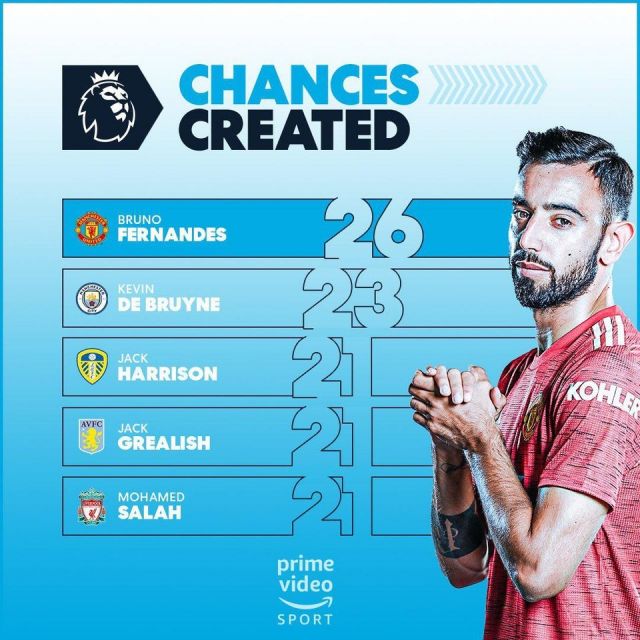