Ole Gunnar Solskjaer and Manchester United have been handed a huge boost in their pursuit for RB Leipzig defender Dayot Upamecano after the Frenchman ‘liked’ a recent post on Instagram linking him with a move to Old Trafford.

Upamecano, 22, joined RB Leipzig three-years ago from RB Salzburg in a transfer which cost his Bundesliga a modest £9m, as per Transfermarkt.

However, after a sudden and impressive emergence as one of Europe’s most talented centre-backs, the Frenchman’s long-term future has been the subject to much speculation.

The latest in the ongoing-saga surrounding where the RB Leipzig defender could end up plying his trade next comes from the man himself. 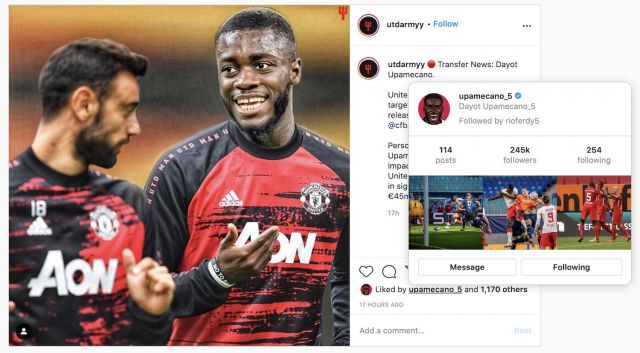