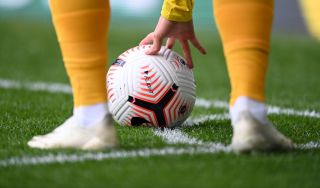 The Professional Footballers’ Association has called for restrictions in heading while training as concerns are raised over former players being diagnosed with dementia.

This comes in a report from Sky Sports following the death of former Manchester United star Nobby Stiles who recently passed away after a battle with dementia.

On top of that, Sir Bobby Charlton was also diagnosed with the same disease.

Four of Charlton’s team-mates in England’s 1966 World Cup-winning line-up who have died over the last two and a half years — his brother Jack, Ray Wilson, Martin Peters and Stiles — were all suffering from dementia.

In a statement, the PFA said: “A reduction of heading in training is a practical and straightforward step. We will be engaging with members, former members and their families to work on this area within the scope of the PFA’s new advisory group, where decisions will be made open the basis of expert advice.”

England manager Gareth Southgate last week suggested that he knew the risks of playing football before he walked on the pitch.

“Of course at my age, having headed a lot of footballers, I do have concerns,” Southgate said (via Sky Sports).

“But I also recognised that whenever I took the field I was taking that risk of injury, short or long term and I knew that, and I would always have wanted to have the career and the opportunity to play, even if it meant longer-term that there might be physical issues for myself or health issues.

“Most athletes would go that way, I think. That’s not to undermine the situation, by the way.

“In terms of the link, there is research going on. That’s a little bit inconclusive at the moment, which is a bit frustrating for everybody because we’d love to have a clear solution.

“And so of course it’s a concern for everybody and we have to keep supporting that research. Part of the issue with dementia is age and one of the positives of being involved in sport is that people tend to live longer, they’re healthier, they live longer.

“And so there’s a possibility that that could be part of the link with the dementia as well.

“Unfortunately we don’t have all the answers we’d like at the moment. I know some of that work is going on in the background.

“But yes, do I have concerns? Of course I do. I’ve had people in my own family who’ve suffered with dementia and it’s a terrible, terrible illness.”

It is something we want to prevent happening people, so changes are needed in the game at youth level.