Erling Haaland graced Saturday’s Tuttosport front page as the best played aged 12 or under from a top-tier league in Europe.

Borussia Dortmund have an incredible player in Erling Haaland, who has just won the 2020 Golden Boy award after a stunning first year with the Bundesliga side he joined from Austrian outfit Red Bull Salzburg.

Like again recently to Manchester United, as per Manchester Evening News, he is a striker who should be on the club’s radar at the very least.

Haaland is deserving of the award after scoring 44 goals across all competitions in 2019-20, with 16 of those scored when he was playing for RB Salzburg.

Start young and always remember to keep fighting for your dreams! I hope the world gives you unity and inclusivity. 💪🏻 #UniversalChildrensDay pic.twitter.com/YQNjT3fat7

The sensational Fati came second in the voting and fellow United transfer target Eduardo Camavinga rounded off the top five.

Greenwood, as seen in the picture below, comes 12th — a place behind Man City new signing Ferran Torres. Arsenal’s Saka is somehow three places ahead of the United forward in 9th place, and City’s Phil Foden is 7th. 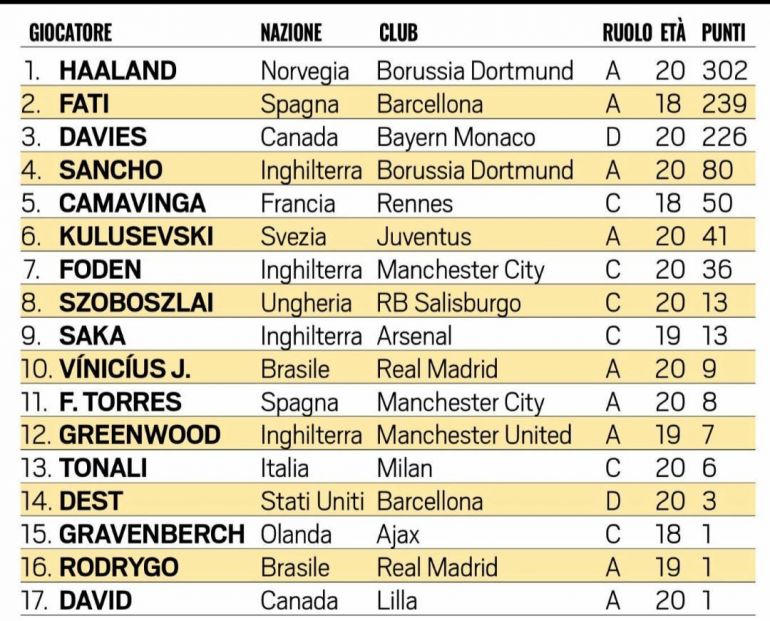