Manchester United centre-back Eric Bailly who is well known for his flamboyant and easy-going nature has been snapped messing around in training.

Bailly, 26, joined United in 2016 from La Liga side Villarreal in a move which the Reds £34.2m, as per Transfermarkt.

Despite being with the club for four-years, after a series of injuries and lack of fitness, Bailly has only managed to feature in 89 matches in all competitions for the Reds.

The Ivorian’s latest spell on the sidelines has seen him miss his side’s last six matches.

However, now back in training with the squad, the joking defender appears not to have left his recent injury deter his enthusiasm and has been snapped messing around with the gym equipment. 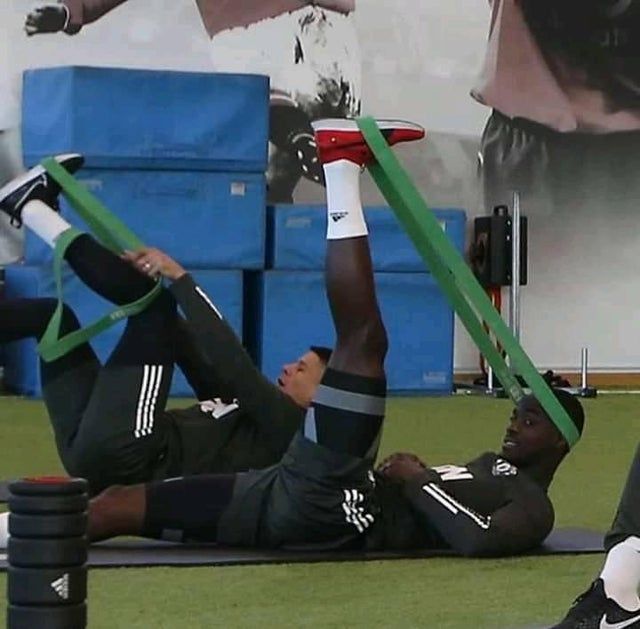