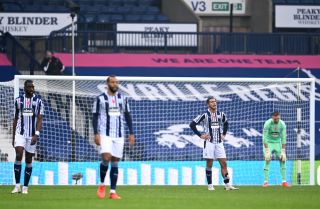 Manchester United will be looking to make it two wins in a row when they take on West Brom in the Premier League at Old Trafford on Saturday night.

The Reds go into the game on the back of a terrific 3-1 victory over Everton at Goodison Park prior to the international break whilst the visitors were defeated 1-0 by Tottenham Hotspur at the Hawthorns.

Luke Shaw will miss the clash against the Baggies having suffered a thigh injury against Everton last time out whilst Marcus Rashford is also a doubt for the game with the forward still not yet fully recovered from a shoulder injury. However, defender Alex Telles could be in line for a return to the starting eleven having missed the Reds’ last few fixtures due to a positive coronavirus test.

Victory over Everton could not really have come at a better time for both Manchester United and head coach Ole Gunnar Solskjaer. United have endured a slow start to the new campaign and recent defeats to Istanbul Basaksehir and Arsenal had dampened the mood inside the club and have also raised doubts over Solskjaer’s long term future at the club but in beating Everton it could finally act as the springboard needed to really kick start United’s season.

Inconsistency has remained United’s biggest problem so far this season and it is that inconsistency which needs fixing and fast. It’s been a case of taking one step forward and two step backs for Solskjaer and United which has left the fans feeling frustrated. Too many times we have seen United win one game and then go on to lose the next and in facing West Brom it provides the club a fantastic opportunity to build on the momentum gained from victory over Everton and whilst West Brom may be no mugs it is still a game United should win comfortably.

The Baggies have endured a poor start to the new campaign under head coach Slaven Bilic and have found themselves vulnerable at the back leaking goals left right and centre and it is the defence which Solskjaer will no doubt look to exploit on Saturday. Rashford’s pace up top combined with Fernandes, Van De Beek and co all supporting in from behind should cause the West Brom defence all sorts of problems and if United turn up and play like we know they can then they should have too much for the Baggies and take all three points.