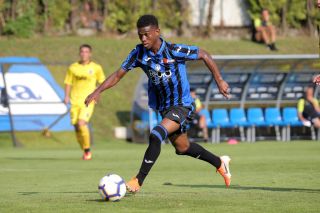 Serie A action resumes after the international break as Spezia host Atalanta on Saturday.

Manchester United’s Amad Diallo has made the Atalanta squad for the match, though his game time has been limited this season after agreeing to join the Red Devils in January.

It would be great to see him get some minutes under his belt before arriving in Manchester.

Atalanta can be happy with the start they’ve made this season and I’m sure young Traore would be able to give their team a boost.

They are only four points of leaders Milan in sixth place, while newly-promoted Spezia are in 13th place.

Atalana recorded a hard-fought draw against Inter Milan prior to the International break, but it was needed after suffering a 5-0 hammering at the hands of Liverpool in the Champions League.

Check out the full Atalanta squad below: