Manchester United goalkeeper Dean Henderson was snapped making a huge leaping save whilst in international training with England.

Henderson, 23, was recalled to United’s first-team after two successful years on loan with Sheffield United saw the English shot-stopper emerge as one of the country’s brightest talents.

Having recently committed his long-term future to United, Henderson’s next mission is to become Gareth Southgate’s main-man ahead of next year’s Euros.

Currently away on duty with England, Henderson, who has been tipped to go out on loan in an attempt to achieve his ambitions of being the Three Lion’s starting number-one, appears to be impressing coaches whilst in training.

Check out Henderson’s huge leap in the snapshot which was posted on his official Instagram below. 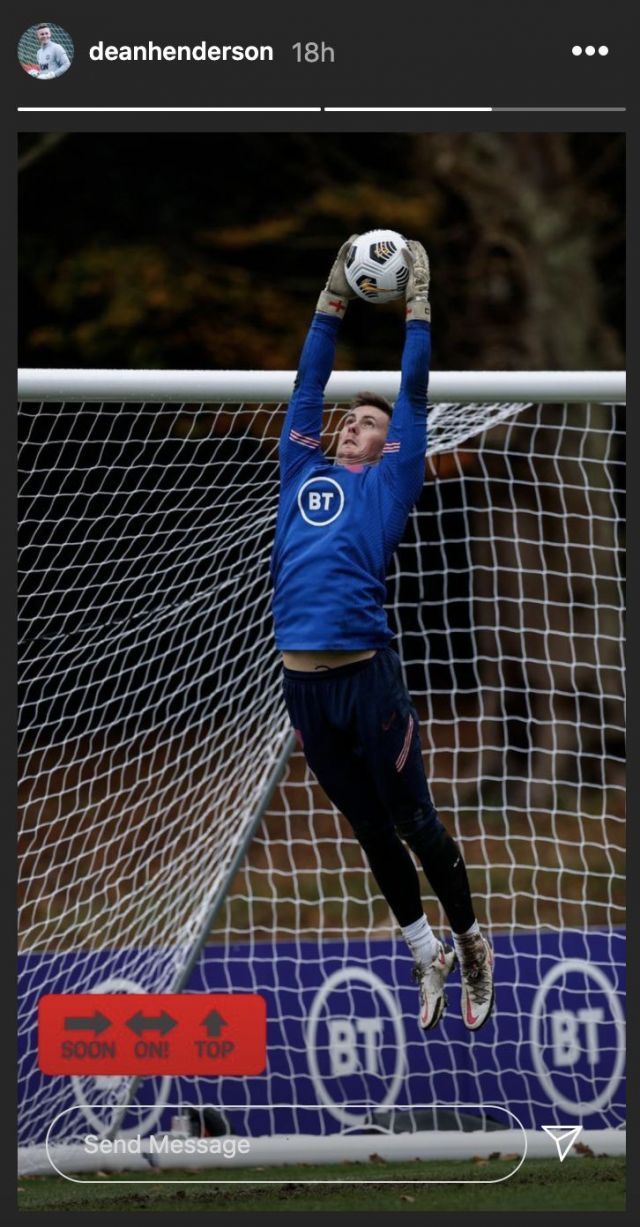