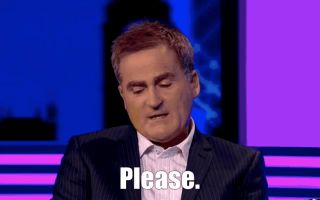 Man City were offended enough to issue a complaint to Sky Sports over Roy Keane’s recent comments on Kyle Walker during their draw with Liverpool in the Premier League.

The complaint came to everyone’s attention following a report from the Daily Mail, with City sharing the view Keane overstepped the line by calling Walker an idiot.

Pundits upsetting a player or manager is nothing new. They are given a platform to air their views, say it how they see it, and if you don’t like it you can always switch the channel.

Keane doesn’t have a filter like most of the other pundits we seen on our screens. He says exactly what he thinks and I find him great entertainment, although at the same time I can acknowledge his ways are probably outdated in the modern game. I write that with a degree of sadness because I enjoyed covering the Republic of Ireland when he was Martin O’Neill’s assistant.

Keane called City right-back Kyle Walker “an idiot” and “a car crash” after conceding a penalty. When asked how Sadio Mane earned the pen, the Irishman said: “Because he’s up against an idiot,” before adding “he’s a car crash, keeps making these types of mistakes and is rightly punished for it.”

🗣"Because he's up against an idiot."

Roy Keane was not impressed with Kyle Walker's defending for the penalty he gave away in the first half! 😳

Meanwhile, former Sky Sports presenter Richard Keys — who was forced to resign as one of the broadcaster’s leading presenters after a sexism storm, as per The Guardian — has launched an attack on Keane via his website/blog.

Key titled his latest blog post ‘Roy Keane. He became what he despises’ and it’s extremely critical of the former Manchester United captain.

“We were always very much aware that if we were going to criticise then it had to be done constructively,” Keys wrote. “That we could offer both explanation and education. Andy Gray did that better than anyone else — and he’s still doing it. Teams and their managers back then were so sensitive. I can only imagine what would’ve happened if we’d ever called Gary Neville a ‘car crash’ and an ‘idiot’. And there were plenty of opportunities.

“You can see where this is going can;’t you? What a disgrace Roy. Cheap. Even by your standards. How would you have described your assault on Alf-Inge Haaland — an incident that would’ve seen you arrested anywhere other than on the pitch?”

At this point (well beforehand actually) Key should have stepped away from his keyboard. I wouldn’t advise someone to write an article for the public when in such a state of mind.

Anger. Bitterness. Whatever you call it.

He continued: “We all remember Keane in 2008 hammering me — saying ‘he’d rather go to the dentist’ than be an analyst — actually, I’ll use the world I hate ‘pundit’ — because few actually ‘analyse’ anything these days.

“He added that I sold ‘something that was built purely on hype’. 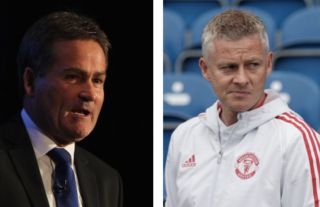 “He also said ‘there are ex-players and ex-referees being given air-time who I wouldn’t listen to in a pub.’ Quite Roy. And you’re now one of them.”

If you didn’t hear the cries from the rooftops, Keys had to squeeze more in. He really hates Keane!

“I know a few of his ex-team mates were furious that he was welcomed back into the fold after he’d walked out on them in Japan,” Keys continued. “I know. I know. Mick McCarthy sent him home — but Keane wanted to go.”

Keys was kicked off our screens for good reason. Now he’s doing all he can to stay relevant.