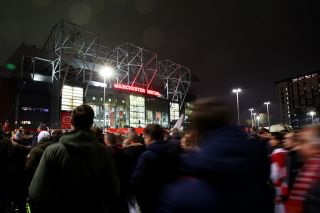 Plans are being put in place to allow football fans back inside stadiums in for Premier League matches.

According to a Daily Mail exclusive, negations are underway over a return of fans back to watch their beloved teams again, which has filled us all with joy this afternoon.

Can they be believed? The Mail have already disgraced themselves over the past week — and that wasn’t the first time.

We have already covered the important aspect of life that suddenly feels missing due to the global pandemic, so this is positive news because we’re all missing cheering on the team whether it be home or away.

The Department of Culture, Media and Sport has submitted proposals for December return. This would tie in nicely with the end of the National Lockdown which is not due to be lifted until December 2.

It will be based on a tier system with stadiums under the tier one and tier two bracket be allowed to have fans attend football matches. The requirements have yet to be revealed.

Moreover, we should note that the government has yet to comment on this — but the Daily Mail believe their football sources who may have dropped a newsworthy leak.

I would suspect there to be tight regulations if this is to go ahead.

A recent report from The Telegraph states the Premier League has been trying to agree a blueprint with the government to add COVID-19 vaccine records to a digital health passport which may fast-track the return of crowds, but the article doesn’t predict a return for supporters until 2021.

It’s still early days but we could do with some positive news about fans returning to games.