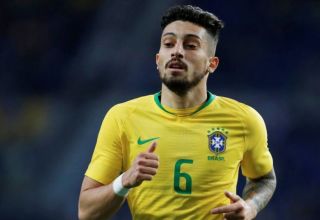 There has been a lot of concern and confusion around Telles after reports earlier this week stated Telles had tested positive for coronavirus. That would have meant he’d miss Brazil’s World Cup qualifying match against Uruguay.

United released a statement on Monday stating that the medical staff at Carrington were monitoring Telles’ situation and would make a proper assessment when the defender returns to England later this week.

The Brazil Football Confederation has published a positive update on Telles and his availability with a statement via their official website.

“The defender already had the disease, was asymptomatic and with non-transmissible condition of the virus, but he could not travel to Uruguay,” the statement reads.

“On the last exam, however, Telles’ test came back negative and the defender was released for the game.”

This is positive news for United too.

The team will be without Luke Shaw for the next month due to injury, and this could very well be Telles’ time to stake a real claim for that left back slot.

Perhaps the biggest difference we will see when the Brazilian plays is more attacking threat from the left flank.

That’s all well as good as long as he does his job as a defender.

Ultimately it’s a big improvement to see some competition at left back again.