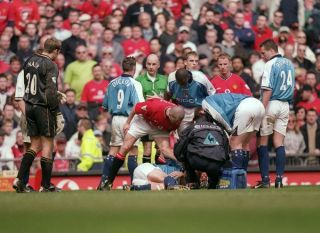 We often talk about the negative sides of social media but every now and again something good comes from the internet. This John Lewis inspired Christmas advert ticks all the right boxes.

Popular Twitter account @PureRoyKeane has put their very own spin on the famous adverts with the festive period closing in on us.

Although Christmas will be very different this year, I think this Pure Roy Keane spin can help put us in a positive frame of mind ahead of a time that will not only be different but difficult for so many people.

The ad tells the story of how Keane tore his cruciate ligament which kept him out of action for almost 10 months. It ends as Keane gets revenge!

So what do we think of the new John Lewis advert? pic.twitter.com/eYyx7v9j11