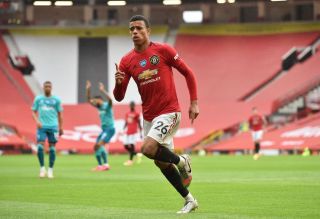 Mason Greenwood has a real eye for goal.

With that in mind, let’s remember why United fans are so excited about this kid’s potential.

Here’s every Premier League goal scored by Greenwood to date.

At 19 he’s an England international and potential star for both club and country.

Greenwood has been going through a particularly difficult time with some wildly mis-leasing reports in recent days.

As fans we see no reason not to get behind Greenwood and will back him every step of the way unless there’s a valid reason not to. Valid reasons do not include clickbait reporting…