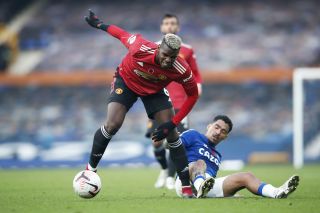 Pogba, 27, rejoined the Red Devils from Juventus in 2016 — four years after deciding to leave Manchester for Turin.

After a series of inconsistent performances a number of United fans have had enough, and some will probably tell you they feel strongly about it and want him sold…

This is a World Cup-winner we’re talking about. Someone not pulling his weight, but it’s up to you whether you want to put that down to bad form or something else?

Despite United recently triggering a one-beat contract extension, Pogba’s long-term future continues to be the subject of rumours, as per Manchester Evening News.

Last night, respected Italian journalist Fabrizio Romano shared tweets from Pogba after France’s 1-0 win against Portugal. As many would expect they did not go down well with United fans.

Paul Pogba to RTL: "This is a period I've never experienced in my career. The French national team is a breath of fresh air… we are very happy to come here. It's not the same as with the club. We all group together, it is magical". [@GFFN] 🔴🇫🇷 #MUFC #France #Pogba

However, Romano has appeared on Twitter again. This time the journalist has revealed that Pogba’s comments have been taken out of context, with United planning to offer a new deal for the midfielder deal within months.

Paul Pogba has no problem with Man Utd. His interview was to say he wants to ‘improve his performances’ in this difficult moment – National team can help him for sure, as @philsanfourche reported.

+ #MUFC plans to offer him a new contract by months… and it’s no coincidence 👌🏻 https://t.co/BRX85AFRfr