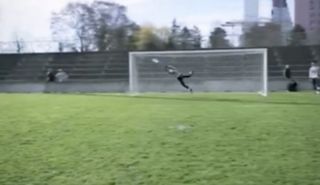 Manchester United number-one David De Gea has taken to his social media to post a video which was recorded during Spain’s latest training session.

De Gea has come under intense criticism in recent years after a string of inconsistent performances and individual errors have seen his stature within the game questioned.

However, the Spanish shot-stopper has started the new 2020-21 campaign with a bang and is arguably in some of the best form of his professional career.

Ole Gunnar Solskjaer will be hoping his first-choice goalkeeper can keep his fine performances going as the Reds prepare to enter the notoriously hectic Christmas period.