Manchester United striker Mason Greenwood has made a subtle hint that the squad is united and has a sense of togetherness with his latest social media post on Instagram.

Greenwood, 19, has enjoyed a monumental rise in England’s top-flight after a superb breakthrough campaign saw the teenager racked up a hugely impressive 10 Premier League goals during the 2019-20 season.

However, after a minor misdemeanour whilst away on international duty with England saw the youngster punished for breaking COVID-19 protocols, as per BBC Sport, the youngster has come under relentless and intense fire from football reporters.

The latest in the ongoing noise surrounding the teenager came from The Mirror who suggested that the Reds’ hierarchy are becoming increasingly concerned that Greenwood’s career is heading in the same direction as former prospect Ravel Morrison.

However, in a subtle response to the continued speculation surrounding him, Greenwood himself has taken to his official social media to post a group photo of the United squad embraced in celebration.

Let’s hope Greenwood can return to the United starting line-up after the international break and continue to do his talking on the pitch. 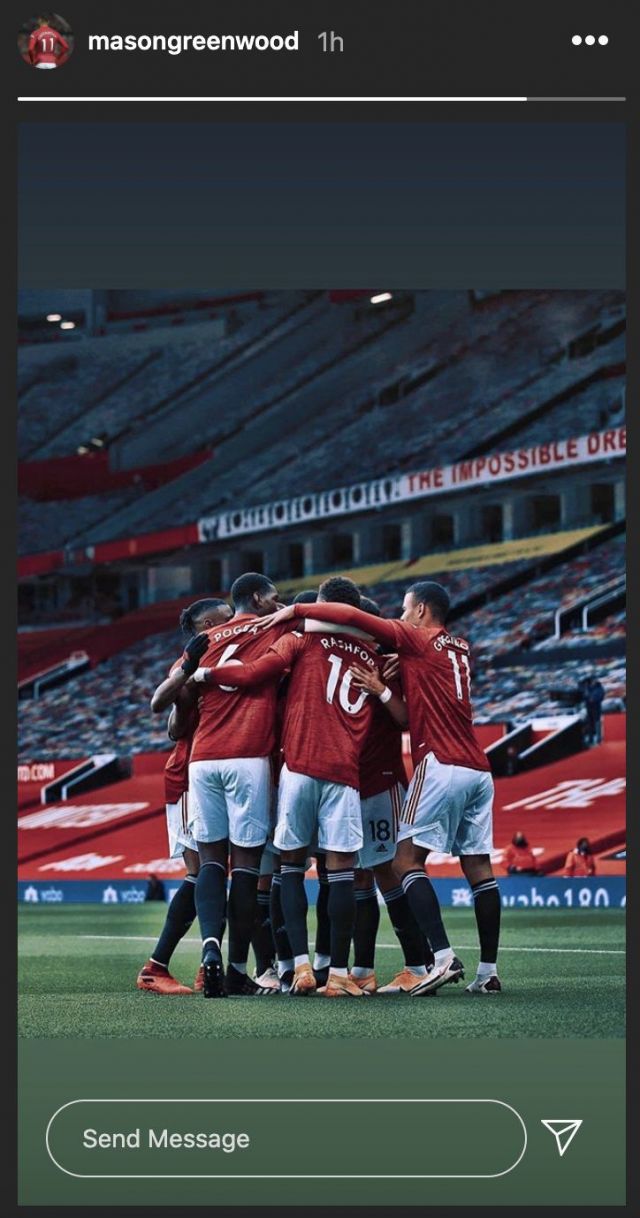