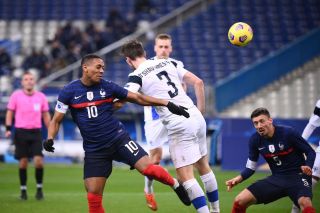 France are looking to put their disappointing 2-0 home defeat to Finland behind them when tonight’s crucial UEFA Nations League clash in Portugal kicks off.

The French saw their 12-match unbeaten run come to an end as they suffered a reality check against Finland.

Bruno Fernandes starts for Portugal in what will be a tough affair. He has been in good form for United of late, and we hope he doesn’t play a full 90 minutes tonight.

As United fans, you will understand that our priority tonight is making sure all of our players return to Carrington next week injury and virus free.

Is that too much to ask?