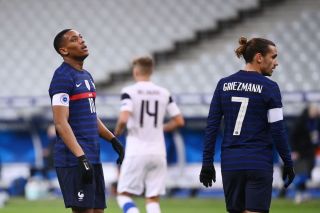 This is news that will apply to a number of Manchester United players but not those who stayed at Carrington during the international break.

Premier League players returning from international duty could be tested upon arrival back in the UK at the airport, according to the Daily Mail.

The bubble system in the Premier League has worked pretty well but it’s at risk again with players travelling across the globe for the November international break.

Ultimately, I think, leaving players or anybody into a country without coronavirus testing would be very stupid. Aren’t we trying to tackle the spread of this virus?

The Daily Mail report claims the Premier League have decided that all players must provide a negative test result before they will be allowed to join up with their teammates again.

This should be a straight-forward practise if we are to allow international fixtures take place, and juggling both club/national level games won’t worry if adequate testing is carried out.

If players are tested in the airports immediately after arrival they shouldn’t have to wait long to know if it’s safe to train with their teams.

This is about ensuring safety for those involved.