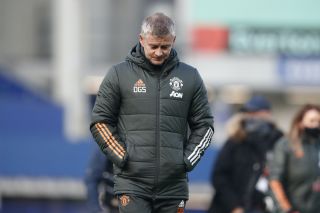 Ole Gunnar Solskjaer is the second most likely Premier League manager to be sacked, according to bookmakers Coral.

The next manager in the Premier League to leave their present position.

We don’t advice anyone to take the bookies’ work for anything when it comes to football, so don’t take this as news that the board is about to turn on Solskjaer at United.

From the information Stretty News has obtained, we do not believe Solskjaer’s job is under immediate threat. Although it would be naive to suggest he’s not under immense pressure…

As fans we just want to get back to games and support the team. Solskjaer is our manager and until that changes, our view on the duty of fans will remain.

We are always fair in our criticism of the manager and players here at SN. They deserve to know exactly what we think but take no problem supporting a manager I don’t think has been ultimately backed by the board.

Things out of his control didn’t go to plan but, at the very same time, things in his control are not going to plan either.