Telles, 27, joined United earlier this summer from FC Porto in a move which cost the Red Devils £13.5m, as per Transfermarkt.

Despite the defender making his debut against PSG in the Champions League last month, a recent positive COVID-19 test has forced the South America to be sidelined for two weeks.

However, now over COVID-19, Telles is set for a return to action, the news was confirmed on the club’s official website ManUtd.com.

Ahead of the domestic season’s resumption, Fred has sent a classy message to his team-mate on Instagram as the attacking left-back trains with country Brazil ahead of their next set of international fixtures. 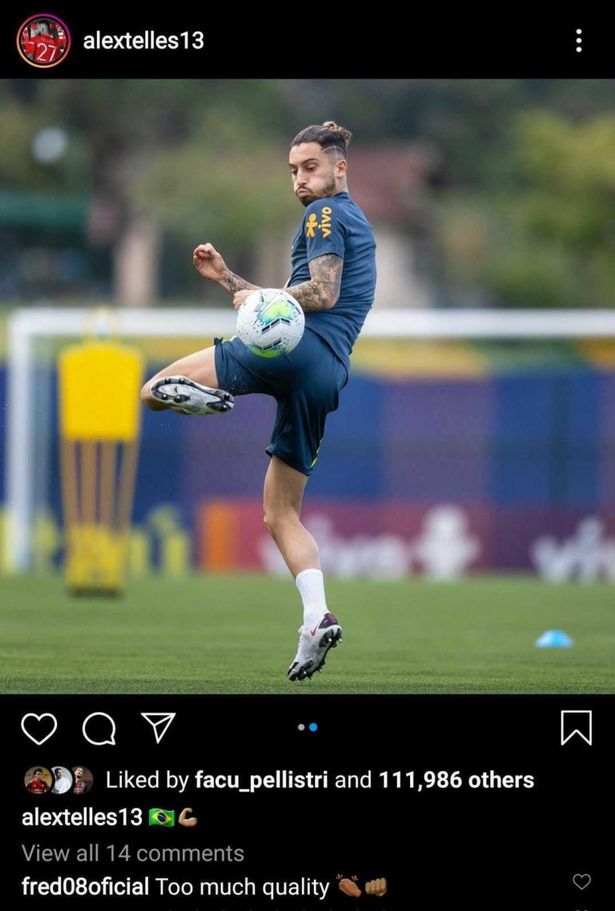