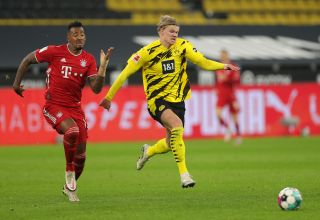 Manchester United are said to have plans in place to sign Eduardo Camavinga and Erling Haaland, according to reports in Spain.

AS (print edition – see below) claim United have already ‘put in place the mechanism’ to sign the exciting duo as early as next year (H/t Manchester Evening News).

However, six days ago AS ran a story on Real Madrid being hopeful of signing Camavinga and Haaland.

Real Madrid have a habit of signing some of the world’s most promising players in recent seasons, but not all have proven to be a success though I don’t think they will come away from their scattergun approach to transfers unless they have financial problems next year.

After the summer we just witnessed I don’t think many United fans will fall for this out-of-nowhere announcement. I’d like to think both players are at least on the club’s radar and being watched regularly by our scouts, but this is also the same board that spent the entire summer haggling over Jadon Sancho’s price despite Borussia Dortmund repeatedly stating in the public that the winger would not leave the club. 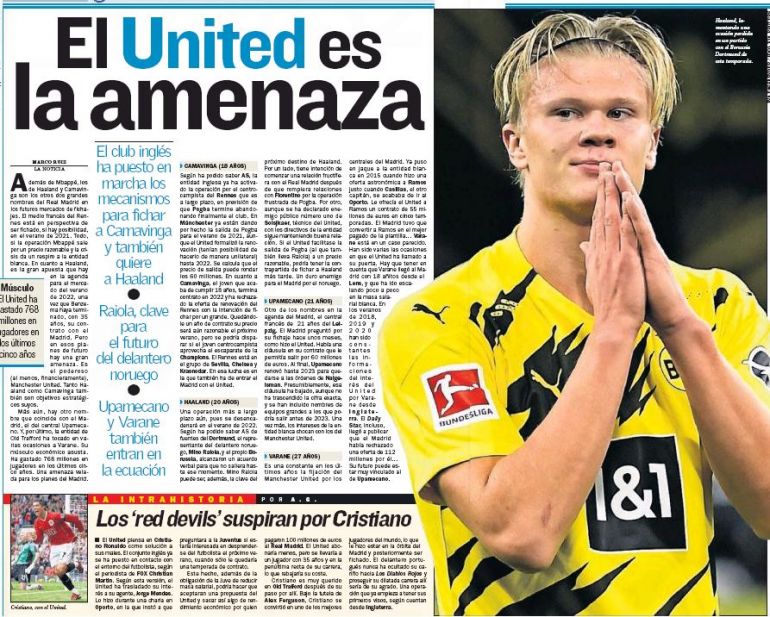 United story in AS

With so much time wasted on Sancho, what makes Haaland any different apart from being one of the best strikers in Europe right now?

He’s the bigger star of the two and Camavinga would be a shrewd buy if we were to sell Paul Pogba in the summer.

Camavinga, 17, is seem as one of the most exciting teenage sensations in world football and he’s only improving while playing for Rennes and France.

OkDiario pundit Eduardo Inda claims the France international has a verbal agreement with Real Madrid despite his links with United.