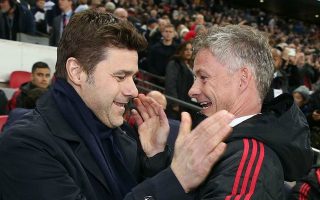 The highly-rated Argentinian manager has been out of a job for 12-months since Spurs chairman Daniel Levy dismissed him from the London side.

However, after a recent appearance on Sky Sports‘ popular pre-match show ‘Monday Night Football’, Pochettino hinted that he could be ready for a return to the dugout.

Pochettino has been strongly linked with taking the Old Trafford the hot-seat after a recent report from the Mirror emerged, claiming United’s executive vice-chairman Ed Woodward was prepared to show Ole Gunnar Solskjaer the door.

However, despite being under pressure, Solskjaer’s side put in a fine 3-1 win against Everton last weekend and will be looking to build upon that performance once the Premier League returns next weekend.

Given the Reds’ inconsistencies, it would be reasonable to speculate that suggestions of Pochettino taking over from Solskjaer are far from over.

Leading journalist David Ornstein who spoke on the Tifo Podcast, as quoted by Express, has revealed that the elite tactician is eyeing one of four potential clubs, including three top Premier League sides, he said: “I don’t think Pochettino is on the verge of taking a new job at the moment.

“As for United, publicly and more interestingly privately from what I hear, they completely support Ole Gunnar Solskjaer and are giving him their full backing and have no plans as things stand to make a change.

“But we know how quickly things do change in football. There have been reports that United have made contact with Pochettino. I’m not questioning those reports but personally I don’t have that information.

“What we do know is Pochettino’s available, he’s recently conducted a very high-profile television interview which I’m assured was more of a long-standing commitment than a come-and-get-me plea or putting himself in the shop window to say, ‘I’m ready and raring to go.’

“Suitors, the likes of Manchester United, will already know that and know what he brings as a man manager, a person, a coach. The timing [of his interview] was interesting.

“What I do hear is that Pochettino is waiting and watching very closely in particular United, Manchester City, perhaps Paris Saint-Germain, Chelsea and others to see what’s going to happen there.

“The real issue is that there are no vacancies at the moment which is something of a surprise because in the build up to the summer of 2020 there was expected to be a lot of change in the managerial market but the coronavirus pandemic has changed everything and for many, the idea of sacking a manager and paying compensation was not something they could afford to.

“Perhaps that doesn’t affect clubs right at the top end but it was a worry for many. We’ve talked about United, the situation with City is that Guardiola is there until at least next summer, City have been public in saying they want to extend with him.

“PSG could have a change with Thomas Tuchel and Pochettino formerly a player there. Chelsea, things seem pretty stable at the moment, he’s been backed in the transfer market and things look to be going quite well. They’re embarking on quite a long-term project there.

“Barcelona, a bit of instability with a change at board level of president. We know when a new president comes in they often have their own manager in mind, I’ve heard some of the candidates do have Pochettino on their list but I’m not sure he’s at the top.

“It’d be interesting dynamic with his fellow Argentine Lionel Messi, who is also out of contract next summer. Real Madrid it seems pretty stable at the moment, for a change, with Zinedine Zidane in his second spell there.”

Should United stick with Solskjaer or should they look to bring in Pochettino before it’s too late? – Let us know in the comments.