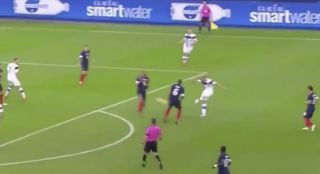 Shockingly, Didier Deschamps currently find themselves 2-0 down after a stunning strike from Onni Valakari has doubled the Scandinavian side’s lead.

However, despite Valakari’s superb effort, United midfielder Pogba definitely did not cover himself in glory in the build-up to the goal.

The French number-six put in next to no effort when trying to close down and block the Finnish midfielder’s piledriver.

Given how much scrutiny the 27-year-old is under, you would definitely expect to see a better showing than this.