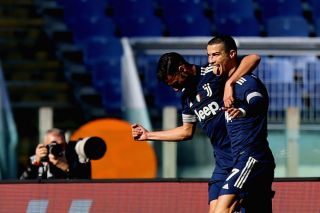 Cristiano Ronaldo has been reportedly tempted by a sensational return to Manchester United.

The Juventus winger has no intentions of extending his current deal past 2022, according to Tuttosport. Reports from Spanish publication Mundo Deportivo backed this up adding that the Serie A giants are unlikely to offer him a new deal and would like to recoup some of their money rather than lose one of the biggest stars in football on a Bosman.

We’ve expressed our thoughts on this already, here, and cannot see Ronaldo returning to Old Trafford in a playing capacity at least.

Ronaldo joined United from Sporting Lisbon in 2003 and played a role in winning the FA Cup in 2004, scoring against Millwall in the final. He went on to win three Premier League titles and one UEFA Champions League (played in two finals), also scoring in the final but this time agains Chelsea.

In the end, Ronaldo wanted to achieve his dream of playing for Real Madrid.

Fox America journalist Christian Martin claims Ronaldo is tempted to leave Juventus for United at the end of the season, which would be one of the biggest comebacks in football, in terms of transfers.

He tweeted (translated from Spanish): “LAST MOMENT: our sources in Manchester and Porto confirm that Manchester United tempted Cristiano Ronaldo with a return to the club for next season. The Portuguese analyses it. Juventus would negotiate it if he asks for it.”

It seems very far-fetched that United would plan a pursuit of Ronaldo now when he’s coming to the end of his playing career.

Such a deal makes zero sense if the manager is always talking about building for the future and long-termism.