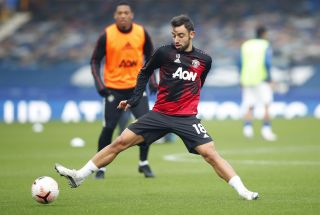 He arrived in January and dragged the team to Champions League qualification when it seemed an impossible task prior to that.

The Portugal international inspired United to a 3-1 win over Everton at Goodison Park last season. Fernandes scored a quick-fire brace and assisted Edinson Cavani for his first goal in a United shirt.

According to BBC Sport, Fernandes set a new Premier League record against Everton. This was his 10th away game in the Premier League — and he has 10 goals and 5 assists to show for it.

This is the most goal involvements (15) any player has had in their first 10 away games in the history of the Premier League.

Kevin Phillips was the last player to score 10 goals in his first 10 away games for Sunderland in 1999, and this shows that Fernandes is a top player, and arguably the best in the current squad.

Last season he scored 12 goals and registered eight assists — but this season he is already up to six goals and five assists.

There’s no stopping Fernandes when he’s in form.