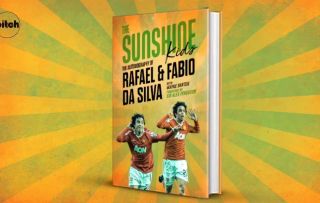 The two full-backs moved to Old Trafford in 2008 from Fluminense.

Fabio, who could play on the left, was seen the better player of the two when they first arrived in Manchester.

He would have to deal with the perhaps overwhelming task of taking Patrice Evra out of the team, while Rafael grew as a player and turned out to be the most talented Da Silva twin when it came to football.

They have a great relationship which I’m sure will come across in this new book, which we’re excited about reading once published.

Rafael tweeted a video announcement showing off the cover of The Sunshine Kids.

We are excited to announce our book The Sunshine Kids will be released next year with @PitchPublishing & @WayneSBarton. All details coming soon! pic.twitter.com/BWlqgEr80I

Rafael was part of Istanbul’s winning team last week which saw United suffer their first defeat in the UEFA Champions League this season.

The book is being published by Pitch Publishing.