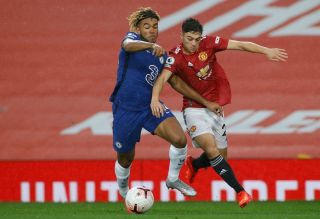 Daniel James is one of the players most likely to leave Manchester United in January, according to reports.

The Mirror have published a list of four United players they think are most likely to depart the club in January.

They reference James along with Dean Henderson and Jesse Lingered as possible loan departures early next year.

As for Lingard, the England midfielder recently split from his agent, Mino Raiola, and will now be represented by family members and friends, as per the Daily Mail.

The list also includes Paul Pogba but if he’s going anywhere it will be on a permanent basis.

Another report from ESPN this week suggested Henderson could leave Old Trafford on loan again, citing fellow Premier League outfit Wolves as being interested in the highly-rated goalkeeper.

Solskjaer has got rid of plenty of deadwood during his tenure but there’s still more players who need booting.

Four players leaving in January seems excessive, especially when I don’t see United doing much business of their own.