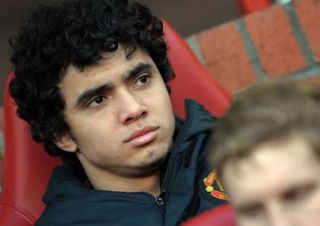 To this day Rafael engages with United fans on Twitter — and the pair have just announced plans to release a book called The Sunshine Kids next year, with MUFC author Wayne Barton.

The audience for this book will be most United fans and I’m sure many of us will want to hear Rafael and Fabio’s account of their time at Old Trafford.

We are excited to announce our book The Sunshine Kids will be released next year with @PitchPublishing & @WayneSBarton. All details coming soon! pic.twitter.com/BWlqgEr80I

On top of that, we know the twins have always shared a close relationship, but Rafael’s sense of humour really comes across on social media.

A United fan posted a picture asking ‘who is this? FABIO OR RAFAEL?’ and the Istanbul defender couldn’t help himself but get one over Fabio.

They were a pleasure to have together at United but I now want to see Fabio’s response to Rafael’s latest tweet, which stated: “This Guy is so handsome to be Fabio”

I predict the new book will be a funny read.