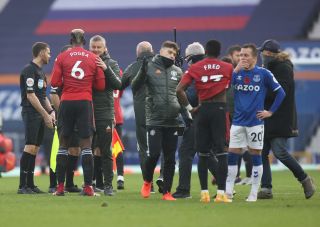 I don’t usually find myself agreeing with Craig Burley very often, but he nails it when speaking about United’s lack of consistency.

ESPN also had Jan Aage Fjortoft on the show and he spoke highly of Luke Shaw, who has been brilliant of late but he suffered an injury during the match and is expected to be out a while.

Burley gave Solskjaer credit for not be frightened to leave anyone out of the team, including Paul Pogba, who the pundit said should be embarrassed because he’s not been good enough to get in the team.

Watch their assessment of Solskjaer and United’s win over Everton via ESPN FC.

Whatever your opinion on Pogba, the Frenchman has given Solskjaer a decision to make after a number of uninspiring performances.

It’s annoying because everyone knows what level Pogba should be playing at.