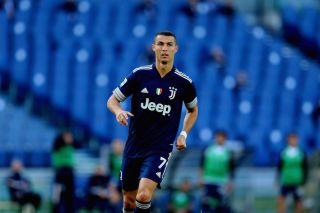 Juventus will look to sell former Manchester United forward Cristiano Ronaldo next summer, according to reports in Spain.

Several United fans on social media have called for the return of Ronaldo, who left the club for Real Madrid in 2009 for a world-record fee.

Ronaldo continued his development and became recognised as one of the greatest players to ever walk on a football pitch. Still, to this day, Ronaldo expects to be No. 1 in the world and I don’t think that will ever change regardless of what he does now or after football.

He left the Bernabeu and joined Juventus two years ago and has since scored 71 goals in 94 appearances.

Moreover, Ronaldo has not dropped any hints that he’s about to retire either, so some United fans are weighing up the prospect of a return which is not something we can see happening…

Anyone would be fortunate to have him. His mere presence would help any team.

1000% yes. Would be our best player even at that age. Much needed leadership ,mentality and consistency as well.

Depends on fee they want. I love him but I’m not paying Juve anything close to the £100m they paid Real Madrid for CR7.

The Ronaldo exit rumours started to emerge a few days ago when it was suggested via Tuttosport he had no intentions of extending his Juventus contract past 2022.

And now Mundo Deportivo claim Juve will explore the idea of selling him this summer because they’re unlikely to offer him a new deal and would rather make some of their money back than lose one of the biggest stars in the game on a Bosman.

Not only would Ronaldo demand a savage salary, we must take into account his age (35) and the long-term approach United suggest they have in place to run the club.

United have their work cut out in terms of getting the club back to where it should be, and making fantasy signings like this won’t bring us any closer.

But I understand; sometimes we think with our hearts as opposed to our heads.